Saturday’s Super League clash in the south of France pits two teams together who have faced contrasting starts to the 2022 season when one of the early pacesetters visits a side still searching for their first win.

The Wigan Warriors could hardly have asked for a better start to Matt Peet’s reign as head coach, winning their first three games after a 22-12 victory at home to the Huddersfield Giants last week. Hosts Toulouse, meanwhile, have endured three losses since coming into the competition after winning promotion in 2021.

Peet will be allowing his players time to relax in Montpellier the day after the game too, but at the same time he knows the Warriors cannot afford to let their guard down against a team who he believes are adapting to life in the top flight.

“We feel that Toulouse have not made the best start, but what they are improving is to push Warrington the way they did last week, we would always give them the respect that they deserve, and we would always be looking to get a quality performance ourselves, “Peet said.

“The warning signs were there for anyone who is coming up against Toulouse in the coming weeks that the win is not too far away and they’re getting to grips with the speed and intensity of the Super League.”

Lebanon international Abbas Miski is set to make his Wigan debut at Toulouse after impressing for the reserves, while Ethan Havard and Bevan French both travel with the squad to train. Ellis Robson is likely to make his first appearance for Toulouse after joining on loan from Warrington Wolves – the team they lost 32-18 at home to last week – and head coach Sylvain Houles is in no doubt they are making progress after a disrupted start to the year.

“It’s been well documented that we’ve been through a tough period, so it takes time to rebuild but [against Warrington] we could see a huge improvement, “Houles said.

“It’s a mixed feeling because we missed a few opportunities when the game was in balance but it’s only our third game in Super League and if we can keep learning like that we will improve every week.” 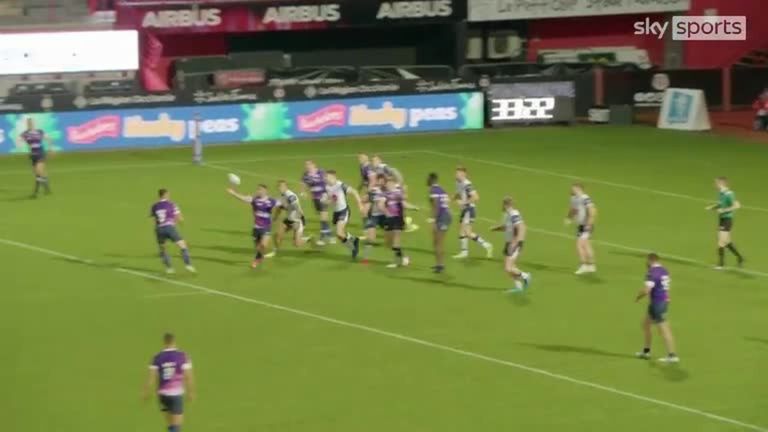 Ian Watson has targeted minor improvements for the Huddersfield Giants as they aim to rebound from their first loss of the season when they host his former club Salford Red Devils on Sunday.

Head coach Watson took plenty of encouragement from some aspects of his team’s display in the defeat away to Wigan, to the extent he believes they were better in some areas.

However, he acknowledged the need for improvement too and is boosted by the return of Theo Fages to the halves after the France international completed a suspension.

“We didn’t feel we were too far away from Wigan at all,” Watson said. “We felt in some areas we were probably the better team.

“Obviously the most important area is getting over the try-line. Wigan were the better team at that, so we need to tidy up on a few little things to be better.”

Salford have Ryan Brierley available after he successfully appealed against a one-game suspension, although Dan Sarginson must serve a ban of the same length.

The Red Devils also went down to their first loss of the season last week, being beaten 48-16 away to Hull FC, and Paul Rowley is demanding a much-improved showing from his side. 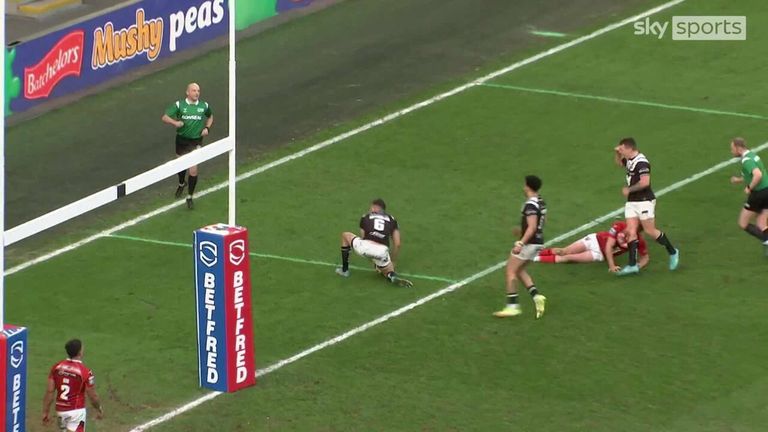 “We went into our shell and defensively they were soft tries, we were nowhere near resilient enough,” Rowley said.

“We’re two from three and I guess some people said we’d have taken that, but I don’t want to accept mediocrity.”

There will be something of a reunion for some members of the Castleford Tigers on Sunday when they welcome former club Hull FC to Mend-A-Hose Jungle.

Head coach Lee Radford and three-quarter Mahe Fonua will both be eager to put one over on the Black and Whites, although more so because the Tigers are still winless in 2022.

A 26-10 defeat away to Hull Kingston Rovers last week left Castleford with three defeats from three, but Fonua is confident it will not be long before they turn things around.

“Coming over and being in a new environment with a new club has given me an extra love for footy again,” Fonua said. “It’s still early days and we haven’t got off to the best of starts, but I’ve got more than enough faith in this team that we’re going to turn things around and hopefully that can start this Sunday.”

Another former Hull FC player in Bureta Faraimo is unavailable as he starts a two-game ban, but George Lawler is back and youngsters Jason Qareqare and Jack Sadler come into the side.

Hull FC are without Cameron Scott and Carlos Tuimavave due to injury, but welcome back Andre Savelio and have Kane Evans available for his first appearance for the club as they aim to build on the big win over Salford.

“A number of players stood up,” head coach Brett Hodgson said reflecting on the previous week’s win. “I thought our pack was immense.

“The response from the previous week was much better than the responses we had last year so that shows some progression.”

We use cookies on our website to give you the most relevant experience by remembering your preferences and repeat visits. By clicking “Accept All”, you consent to the use of ALL the cookies. However, you may visit "Cookie Settings" to provide a controlled consent.
Cookie SettingsAccept All
Manage consent

This website uses cookies to improve your experience while you navigate through the website. Out of these, the cookies that are categorized as necessary are stored on your browser as they are essential for the working of basic functionalities of the website. We also use third-party cookies that help us analyze and understand how you use this website. These cookies will be stored in your browser only with your consent. You also have the option to opt-out of these cookies. But opting out of some of these cookies may affect your browsing experience.
Necessary Always Enabled
Necessary cookies are absolutely essential for the website to function properly. These cookies ensure basic functionalities and security features of the website, anonymously.
Functional
Functional cookies help to perform certain functionalities like sharing the content of the website on social media platforms, collect feedbacks, and other third-party features.
Performance
Performance cookies are used to understand and analyze the key performance indexes of the website which helps in delivering a better user experience for the visitors.
Analytics
Analytical cookies are used to understand how visitors interact with the website. These cookies help provide information on metrics the number of visitors, bounce rate, traffic source, etc.
Advertisement
Advertisement cookies are used to provide visitors with relevant ads and marketing campaigns. These cookies track visitors across websites and collect information to provide customized ads.
Others
Other uncategorized cookies are those that are being analyzed and have not been classified into a category as yet.
SAVE & ACCEPT